ENERGY ECO BHD was freshly established in December 2017 as trading company involved in so many commodities and dry products.

From a humble beginning as Energy Eco Sdn Bhd, dealings with traditional method of trading and supply of commodities, we move forward by establishing Energy Eco Berhad in 2017, embarking into new ways of doing business. Through innovation and creative ways, we continuously grow our organization and team, expand our product offering, large counterparty network and trading capabilities to ensure our products and commodities reach every part of the globe.

We are also obligated in playing a role in energy transition. To ensure the world is a better place to live, we have begun our journey into creating values in oil & gas product with Japan Technology of which, this technology emphasizes on green energy, great savings and lower cost.

We have missions to accomplish. To our investors, we aim to be a great partner in getting sustainable revenue. To our customers, we want to be a supplier of choice. To our shareholders, we wish to provide long time value creation. To the communities, our drive is to ensure we are living in clean and green environment. That is how and where Energy Eco should be. 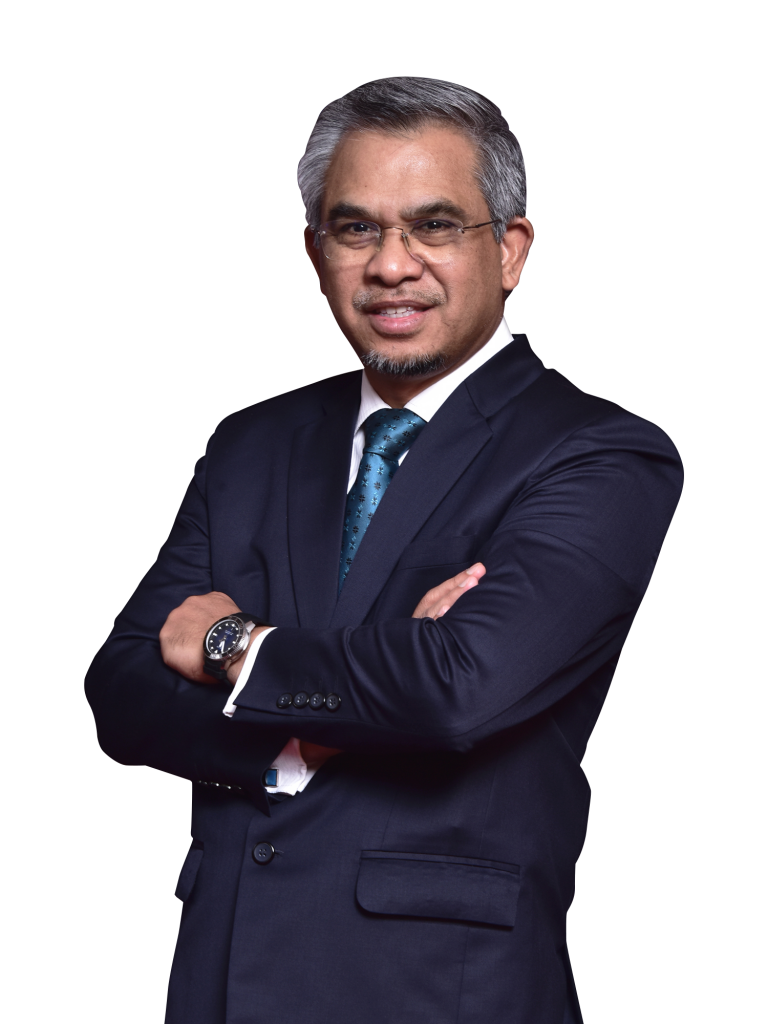 In 2014, he received the “Most Outstanding Individual” award by His Majesty, the King of Malaysia, in conjunction with the national-level Prophet Muhammad’s birthday. Under his leadership, Amanie Advisors received the “Islamic Economy Knowledge Infrastructure Award” at the Global Islamic Economy Summit, Dubai 2015, by His Highness Sheikh Mohammed bin Rashid Al Maktoum, Vice President and Prime Minister of the UAE and Ruler of Dubai, Oct 2015. On 13 November 2021, he was conferred the Darjah Kebesaran Panglima Setia Mahkota (P.S.M.) which carries the title of “Tan Sri”. He received his first degree in Shariah from University of Kuwait in 1988 and obtained his PhD from University of St. Andrews, United Kingdom in 1993. In 2002, he completed his external Bachelor of Jurisprudence at University of Malaya.

Proving herself as strong-willed entrepreneur with over 25 years of experiences, Dato’ Liza had successfully embarked into a male-dominated businesses such as diesel oil trade, vessel chattering and bunkering services in East Timor Indonesia for 6 years apart from gaining other business’s experiences from Batam & Philippines.

With profound expertise in business strategy, people management and organization development, Dato Liza established Energy Eco Berhad in 2017, where she decided to move the business to local market and spearheaded a cosmetic trade. When the world was badly hit by the pandemic, she was quick to grab the opportunity by diversify into supplying and distributing of 3M disposable mask and premium rubber glove to the Ministry of Health, Malaysia aside from Europe and Asia.

Focus in achieving the company’s goal to be evolved in helping to reduce the emission of carbon dioxide and to ensure the world is a better place to live and breathe, Dato Liza is pursuing her approach to create diesel with mixtures of oil and water using the Japanese Technology, of which it is expected be one of the biggest achievements in the oil and gas history.

Her exposure in managing different facets of businesses have broaden her business networks and as one of prominent entrepreneurs’ figure, Dato’ Liza successes have been an inspiration to many women in Malaysia.

Nur Ameera Badrul Hisham was appointed as Board of Director of Energy Eco in 2018 and holds a position of Head of Finance & Human Resource.

After graduating her Degree in International Business from Management & Science University (MSU), she was attached to Webe Digital Sdn Bhd, the owner and operator of P1 Wimax services in Malaysia. She was responsible for staff recruitments and training for Webe Digital Sdn Bhd.

When Energy Eco Berhad was classed as one of prominent suppliers and trader for face mask and rubber glove during the pandemic, Nur Ameera was one of key personnel in making it happened. She is also a core person involve in pursuing to a new venture of producing diesel using the Japanese Technology.